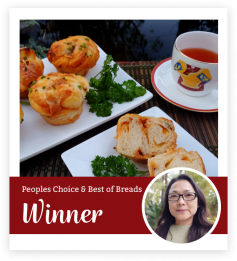 “The dynamic flavors and soft texture of these Savory Thai Peanut Sauce Rolls made Barth’s recipe a judge favorite,” said Cindy Falk, co-chairperson of the event and nutrition educator for Kansas Wheat. “Our recipe evaluators highlighted how the rolls were light as a feather with a melt-in-your-mouth combination of sweet and savory flavors.”

Barth, a resident of Long Beach, California, was crowned champion as 2021 Best of Breads Champion during a virtual event on June 9. She receives a year’s supply of Red Star Yeast (18 3-strip packets of Platinum® Yeast); a year’s supply of King Arthur Flour (12 coupons for a free 5-pound bag of flour); and a $500.00 King Arthur Baking Company Gift Card that may be used toward a baking class.

Like many across the country, Barth — an administrator at the University of Southern California who manages international study abroad and faculty-led programs — was grounded this past year during the pandemic. She used that time to bake more desserts and bread for her family, bringing the flavors of her Thai heritage into classic recipes as she mastered them.

This roll recipe was Barth’s first-ever entry in a baking contest. The peanut sauce used for the rolls is commonly used as a dipping sauce in street food in Thailand. When she made the sauce at home, her husband started putting it on bread as the peanut flavor in his peanut butter and jelly sandwiches. She also incorporated other Thai flavors for her entry, including Thai red curry paste and coconut milk.

“The red curry paste — that’s pretty unique for rolls that you see in this country. Also using coconut milk as one of the ingredients brings the Thai-ness into the rolls,” Barth said. “By having the peanut flavor in the recipe, it gives the feeling of familiarity for the people who taste it. It tastes like you are having peanut butter — but with a kick.”

The secret isn’t just in the sauce, but also how it’s used in the recipe that makes Barth’s rolls so outstanding. Coconut milk has a higher temperature when cooked on the stove, so the sauce needs to be whisked constantly to prevent scorching.

After the sauce is refrigerated, she likens the consistency to the filling for cinnamon rolls, which is easily spread onto the master dough recipe that can be shaped however the baker prefers, in a braid, rolls in a muffin pan or as stand-alone rolls.

The dough itself was developed using a Tangzhong starter, a common technique that Asian bakers use for soft breads, to make the rolls soft and fluffy. In addition to the Thai ingredients, the recipe also uses high-quality KING ARTHUR® Bread Flour and RED STAR® Active Dry Yeast to bring the rolls to perfection.

Barth encourages novice bakers — as she considered herself when entering this contest — to follow the same recipe of success for entering a contest like the National Festival of Breads. Start simple, master the recipe and then start to improvise with favorite flavors.

“Try something that is simple and easy to make, and something you like, because you will know how it should taste and what the texture should be,” Barth said. “Don’t give up, keep trying and feel comfortable with the ingredients and how it feels and how it smells.”

Including Barth, recipes submitted by three adults and two youth finalists — representing states from coast to coast — were hand-picked to be featured during this year’s virtual festival. Learn more about the other finalists and more about the contest at www.NationalFestivalofBreads.com. 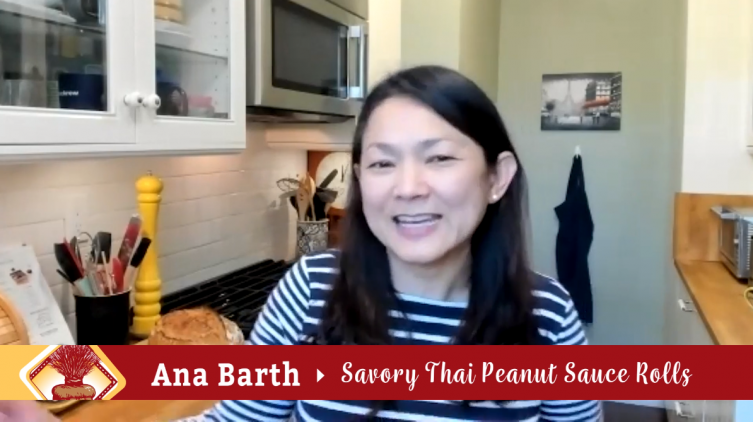