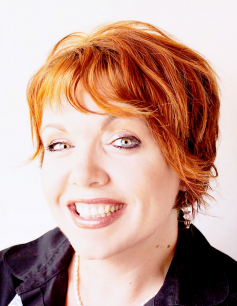 Stephanie Petersen is a graduate of Le Cordon Bleu in Scottsdale, Arizona. She has been involved heavily in the food industry for more than 25 years. She has worked in top resort bakeshops as a certified pastry chef and is not just a baker, but an accomplished culinary chef, having extensive experience in private catering and restaurants as an Executive Chef. Stephanie has been a dynamic TV chef in the Phoenix area for over ten years and worked often as a Fox News Radio co-host. Most recently she finished hosting two seasons of her television show Cooking with Chef Tess that was airing in Las Vegas, Nevada weekly on the Heartland Network. Stephanie is now working with Culinary TV and its cable network distribution nationwide as a frequent guest. For the last several years she has also been the corporate executive chef for leading grain companies involved in national retail cooking classes and educational development programs for home cooks. She has written four nationally published cookbooks and is a food photographer, ghostwriter and blogger for national baking brand websites. Currently, Stephanie is the Corporate Executive R&D chef for a private label and specialty flour milling company in Denver, Colorado.  Stephanie lives in a small town in the White Mountains of Arizona with her husband and two teenage sons. She creates recipes from her home test kitchen and photo studio while homeschooling her boys and adores the together times with her family. 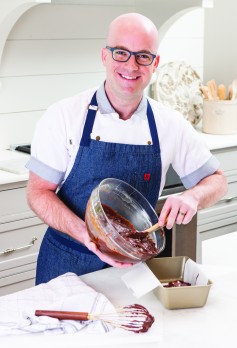 Brian Hart Hoffman, president and chief creative officer of Hoffman Media, oversees the editorial planning and brand direction for all publications and books. Since joining Hoffman Media, Brian has been the driving force behind the launch of The Cottage Journal, Bake from Scratch, Southern Cast Iron and Southern Home. He has authored five books, including The Coupe and The Bread Collection and Bake from Scratch: Artisan Recipes for the Home Baker volumes 1, 2, and 3. Brian is a frequent guest on morning shows around the United States and has appeared on Today. Prior to joining the company in 2007, Brian worked in the airline industry, which allowed him to live in six cities throughout the United States. He has visited all 50 states. 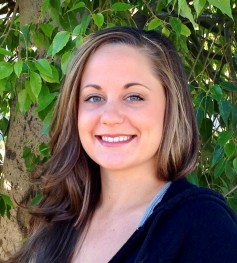 Libby Treadway holds a degree in Nutrition and Cultural Studies from Arizona State University and a Culinary Arts Certificate from Classic Cooking Academy. After spending years working in the fitness and nutrition industry, Libby is now an instructor for King Arthur Flour’s Bake for Good: Kids program. The Bake for Good: Kids program teaches 4th – 7th graders the science and math behind baking, and the joy of sharing something you make with those in need. When not teaching, Libby loves to explore her home state of Arizona with her husband, son and dog. 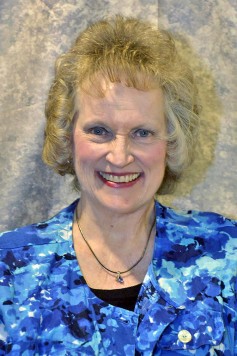 Charlene Patton is the Consumer Media Specialist with the Kansas Soybean Commission. Charlene’s passion for foods and community service began at home in Kansas with her family then with 4-H and high school home economics classroom. At Kansas State University she earned a Bachelor of Science degree in Foods and Nutrition in Business. She joined the Kansas Department of Agriculture’s Marketing Division immediately after graduation and worked for 21 years promoting Kansas agriculture domestically and internationally developing promotions in Mexico City, London and Paris. In 1996 she began consulting and had the opportunity to become the media and consumer spokesperson for the Kansas Soybean Commission. In 1997 she joined Sharon Davis working with the Home Baking Association as Executive Director. She works with WIBW-TV, Topeka; KAKE-TV, Wichita; and KOAM-TV and KKOW-Radio, Pittsburg regularly providing soy recipes and agriculture information for consumers. She has worked with educators, community leaders and parents giving presentations and radio and television appearances to encourage others to teach youth to develop food skills. Baking with her mother and grandmothers in Kansas brings back treasured memories of sharing family stories and recipes. She and her husband Dan have been married for 42 years and have four daughters: Jana, Krista, Megan and Lori who have each been Kansas Wheat Commission Spokespersons. She received the state and national 4-H Foods and Nutrition Project Award, Kansas 4-H State Alumni Award and Kansas 4-H Family of the year. She and her husband Dan taught Sunday School and were youth leaders for 20 years at the Grantville United Methodist Church involving youth in projects for foods and community service. Patton is a member of the American Association of Family and Consumer Sciences, Kansas Association of Family and Consumer Sciences and Topeka Association of Family and Consumer Sciences.

NEW at the 2019 National Festival of Breads!

Check in with Connie Nieman and Sharon Davis and bring your burning baking questions! Together they bring you 100+ years of test kitchen, classroom, extension, community, home and culinary baking expertise.  They’d love to hear your baking challenges and share tried and true baking practices!

Do you teach young people or adults how to prepare food?  Gain baking STEAM (Science, Tech, Engineering, Art and Math) ingredient knowledge and activities for home, classrooms or out-of-school education.

This new educational area will assist you with your ingredients, methods, and equipment questions and build your home baking success and teaching resources and knowledge. 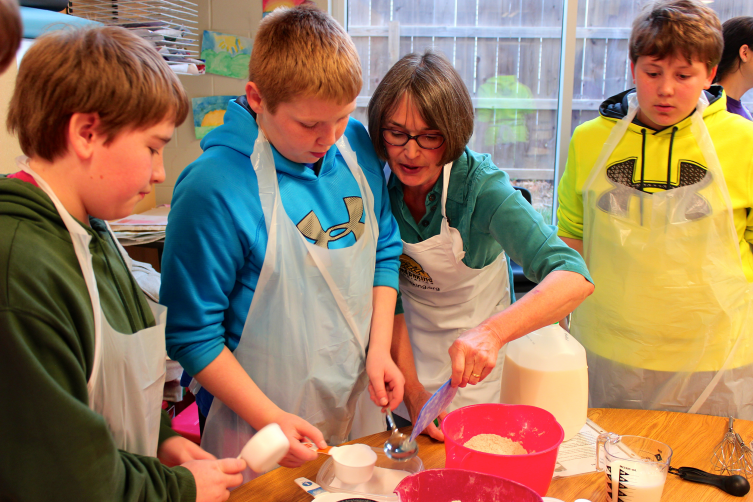 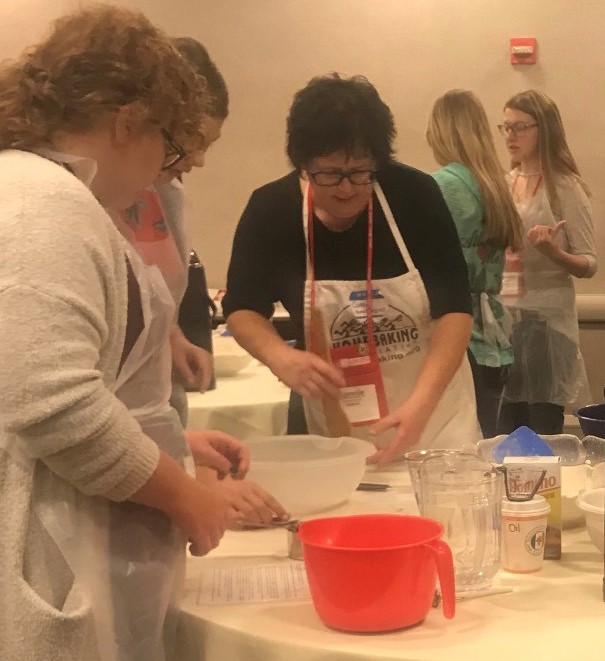