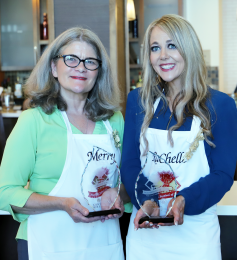 Merry Graham and RaChelle Hubsmith were chosen as Champions in the 2019 National Festival of Breads.

Judges selected Graham’s Blackberry Ginger Speculaas Danish Wreath from among four finalist recipes in the Food Blogger Division and Hubsmith’s Chai Ube Rosette Rolls among the four finalists in the Home Baker Division. All eight finalists baked their recipes at the public competition on June 8 in Manhattan. The National Festival of Breads is America's only amateur bread-baking competition.

Merry Graham was selected as the Champion in the Food Blogger Division with her Blackberry Ginger Speculaas Danish Wreath.

This was Graham’s third time competing in the National Festival of Breads as a finalist. Competitions like the National Festival of Breads are actually what sparked her interest in food blogging. Graham began competing in cooking contests in 2009 and became hooked. Graham’s blog, “A Merry Recipe,” showcases her recipes and recommended ingredients. She sees her blog as a way to have fun, compete and to connect with bakers and food enthusiasts from around the world. Her readers and followers are those she had met through culinary adventures and on airplanes! Graham also blogs so that her family and friends can have an “online” collection of her recipes and experiences. 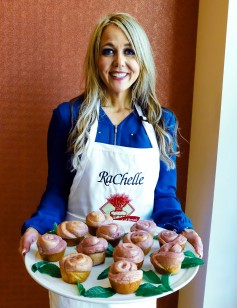 RaChelle Hubsmith was named Champion in the Home Baker Division with her Chai Ube Rosette Rolls.

Hubsmith was a first-time finalist in the National Festival of Breads. Her recipe, Chai Ube Rosette Rolls, came from a variety of inspirations. Her first inspiration was purple sweet potatoes that she saw at a farmer’s market, and she instantly knew she wanted to make a bread with them. She used chai because it is her family’s favorite spice, and she enjoys putting it in many different recipes. The look of the rolls came from her love for baking cakes. Using fondant techniques, she rolled the dough to resemble a rose. All of her ideas came together to create a masterpiece and earned her the title of Home Baker Champion.

As the 2019 National Festival of Breads champions, Graham and Hubsmith both receive $1,500 cash, plus a trip to attend a baking class at the King Arthur Flour Baking Education Center in Norwich, Vermont. In addition, they will each receive a year's supply (120 envelopes) of Red Star Yeast.

The champions and all eight finalists’ recipes are available at http://nationalfestivalofbreads.com.

In addition to the competition, the National Festival of Breads featured educational baking demonstrations, children’s activities, bread sampling and more. This was the sixth biennial event, which began in 2009. The more than 3,500 attendees brought nonperishable food items as admission to the National Festival of Breads, which were donated to the Flint Hills Breadbasket, a community food network in Manhattan to help alleviate hunger and poverty. The event raised $1,140.14 in cash, plus 701 pounds of food for the Flint Hills Breadbasket.

Each of the finalists received a cash prize of $500, plus the trip to Manhattan to compete in the Festival. While in Kansas, they also attended a Wheat Harvest Tour, sponsored by John Deere, which included an educational and interactive visit to a wheat farm and flour mill. 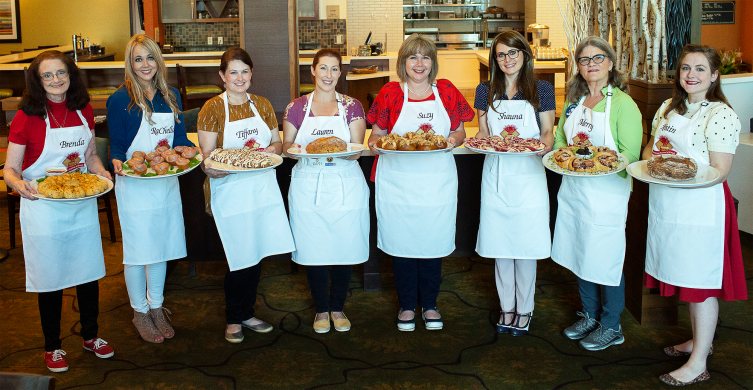 The winner of the Online People's Choice Award, sponsored by John Deere, was Shauna Havey. Friends and followers of each finalist had the opportunity to vote for their favorite recipe by commenting, liking and sharing the post on Facebook during the week prior to the event. Havey’s friends voted for her aesthetically-pleasing Beetroot Amaretto Rolls.

The winner of the Public Choice Award during the event was RaChelle Hubsmith. Festival attendees got to sample each of the breads during the public festival and voted for her Chai Ube Rosette Rolls.

About the Title Sponsors