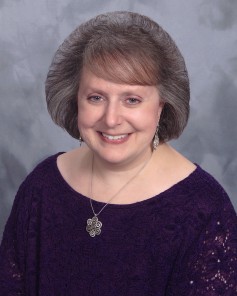 Michele Kusma is a first time finalist in the National Festival of Breads. Her Mexican Street Corn Skillet Bread earned Michele a top spot in #NFOB17!

Baking bread is a hobby that Michele Kusma, of Columbus, Ohio, hasn’t had for long, compared to other bakers out there. A two-time breast cancer survivor, Kusma’s inspiration to start baking came about after her second diagnosis with cancer. Since the cancer took a toll on her body, Kusma wasn’t able to do some of the hobbies she had before the cancer, like cooking. As Kusma started to recover and began feeling better, she decided she wanted to put her full effort into cooking, and creating recipes, and she set a goal for herself – to learn how to bake bread.

“I thought that would be a fun challenge for myself and that was kind of the inspiration behind it all. When you are given a second chance to do things, or a third chance even, and you don’t know how long you’re going to be here on this earth, you should try to accomplish as much as you can in that time. Talk about inspiration — that really was my inspiration,” Kusma says.

Kusma says that since she has gotten into baking, everything that follows has been wonderful. She says that baking has made her lasting friendships, it has been a great hobby and she has been able to learn so many things. She says that her family enjoys her baking hobby as well because of the fact they get to eat fresh bread, and because of her entering in other cooking contests that she has done well in, which is exciting for any family!

The inspiration for Kusma’s recipe, Mexican Street Corn Skillet Bread, which was chosen as a top eight finalist in the National Festival of Breads, came from the popularity of the flavors that are in it. Kusma also loves corn and the cheese that is put on the Mexican street corn, so she figured why not add them into a bread recipe.

“I figured, bread is such a wonderful blank canvas that you can add whatever flavors, whether they be subtle or bold. I thought this was a bold flavor that would go really well with a skillet bread. I really liked the flavor profile,” Kusma says.

Kusma says that she loves both the smell the bread gives off and the wonderful flavor it has as well.

“The cotija cheese is mixed into the dough and sprinkled on top. It gives off a delicious aroma when baked. I also like how easy this bread is to prepare. It rises and bakes in the same skillet. There is very little clean up,” Kusma says.

Kusma says that the competition itself and all the activities the finalists are able to do are what excites her. She has never been to Kansas before and is a huge Wizard of Oz fan, so getting to come to Kansas will be a real treat!

Kusma says, “As far as the bread and the wheat, like I said, I am such a newbie to bread making. Just coming and see what’s popular and seeing what everyone else is making, those are going to be great things and I have a lot to learn so it will be a great experience for me!”