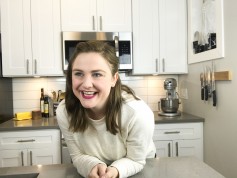 For National Festival of Breads finalist Kristin Hoffman of Chicago, baking is more than just creating edible treats. Hoffman has always been interested in science and math and to her baking is more fun science experiments. Hoffman is a finalist in the food blogger division, and blogs at https://bakerbettie.com. Her entry is a Tart Cherry, Pecan, and Rosemary Boule.

Prior to college, Hoffman’s cooking experience was limited. She never really tried cooking or baking.

“I’m not someone who was interested in being in the kitchen as a kid. I honestly had never really cooked or baked anything until I was in college,” said Hoffman.

It was when she saw the Food Network show Good Eats that everything changed. She became fascinated by the way Alton Brown explained the why behind baking and cooking. He broke down the reason why reactions happen in baking and explained it with interesting visuals to help the viewers and food enthusiasts understand why their creations came out the way they did. Hoffman watched and got inspired to start baking and cooking. She enjoyed getting to learn the processes that go into making her food. She wanted a way to document her recipes and explain to others who are like her and ask “why” when they cook. 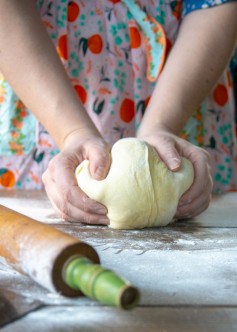 Hoffman started her blog in October of 2011. Most of her readers find her blog when they look up why ingredients react the way they do. Her readers tend to be new to baking and are a little intimidated to start. They start with learning the why, and then they move on to actually trying the recipes. Her blog’s readers’ ages range from young college-aged adults who are just starting to cook for themselves all the way to retired people who are looking for a new hobby. She is also active on Instagram, Pinterest and Facebook along with her website. She has begun doing YouTube videos on top of it all.

Before focusing on her blog and doing that full-time, Hoffman attended culinary school and was even a professional chef. She attended the JNA Institute of Culinary Arts, where she underwent an intensive nine months of learning the ins and outs of cooking. She learned about techniques for cooking and the hands-on experience of working in a restaurant. After she finished culinary school, she worked as a private chef for a family in Chicago for about 3 years. 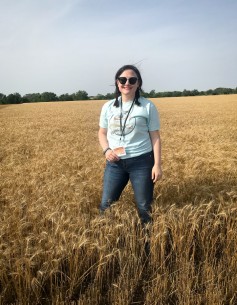 The National Festival of Breads is her first baking competition. She heard about NFOB when she went on the Wheat2Bread Tour in 2018. The Wheat2Bread Tour was sponsored by Kansas Wheat and Red Star Yeast, two of the title sponsors of the National Festival of Breads. The tour was a way for food bloggers to learn where their food comes from. Food bloggers, including Hoffman, were invited to Kansas to learn about how wheat is harvest on the farm, gets milled and becomes flour they use to make baked goods. Hoffman really enjoyed learning more about how her food is grown and processed.

Hoffman is also a Kansas native, hailing from Hutchinson, so the NFOB is a nice excuse to head back to her home turf.

“They told us about the festival and told us there would be a blogger division this year so I decided to enter,” said Hoffman.

Her favorite item to bake is bread because she likes how a few simple ingredients can come together to be something beautiful and delicious.

“It is a test of patience, too,” laughed Hoffman. “But I enjoy the process.” 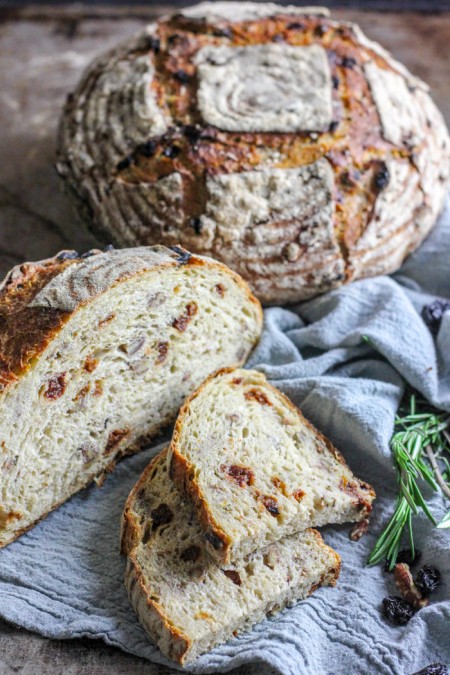